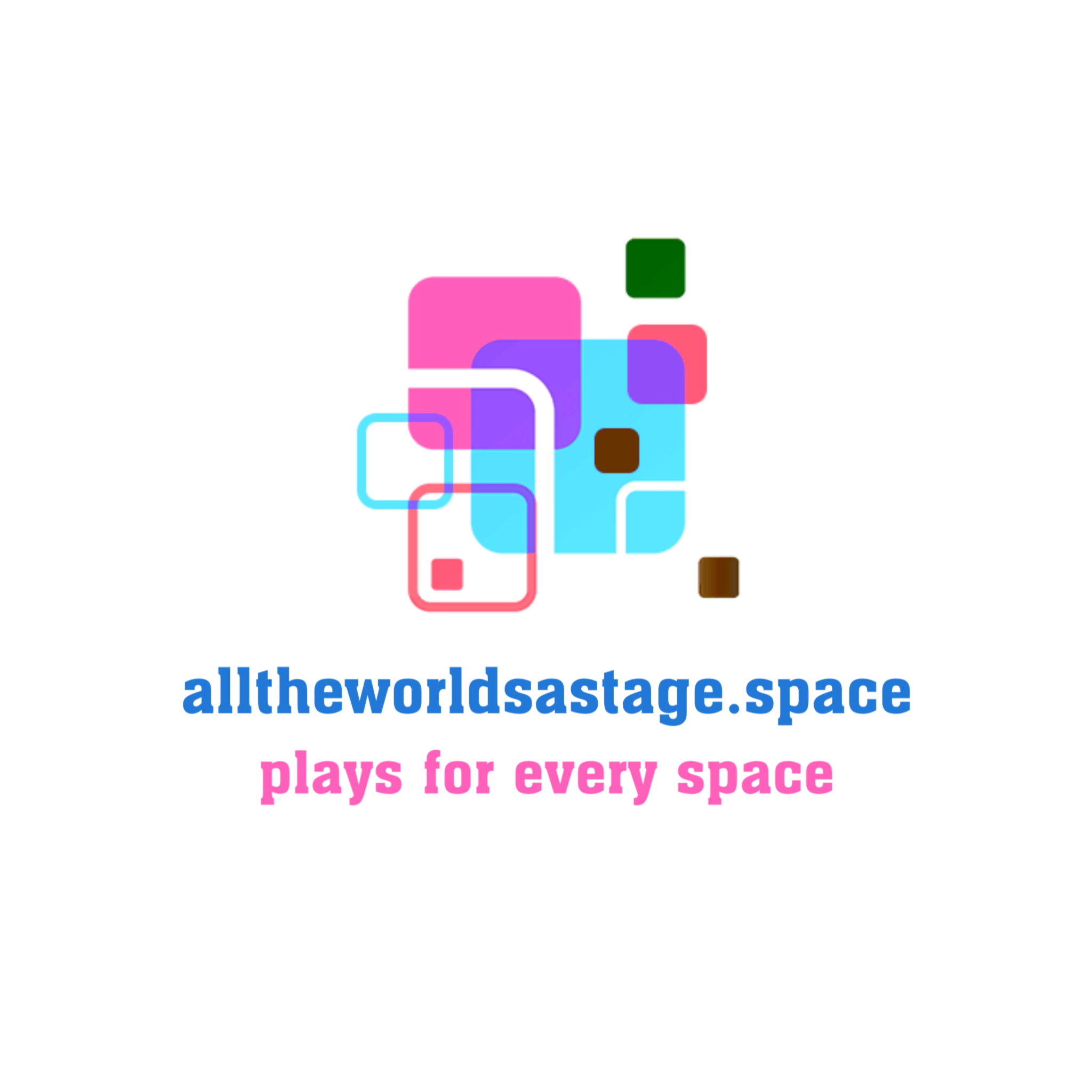 alltheworldsastage.space
plays for every space

The British director Peter Brook wrote: "I can take any empty space and call it a bare stage. A man walks across this empty space whilst someone else is watching him, and this is all that is needed for an act of theatre to be engaged". (The Empty Space, 2008, London: Penguin. p. 11.)

The plays on this website, written by Michael Simms, are designed to be produced in any space in which performers and audience can interact, from a room above a pub to a family around their laptop; from a classroom to a proscenium stage.  In other words, they are plays for every space.

They may be tailored to the specific demands of performers, and adapted for different settings, e.g. the stage, screen, TV , radio, or online.

The historical plays are all based on historical imagination, underpinned by historical evidence. It is hoped that they may be suitable for both entertainment and educational purposes.

The other works deal with a variety of enduring human issues, such as redemption, censure and forgiveness, self-improvement, regret, ostracization, and moral dilemmas.

Michael is a qualified teacher (BA Hons, German, PGCE, M.A. in History in Education, all from the University of London). He taught in maintained and private schools for many years, in both mainstream and special settings, and saw extensive service as Head and Deputy Head, and as an educational consultant in a Virtual School for Children in Care, before concentrating on writing. He has always used group problem-solving, role-play and drama in the classroom whenever possible, as well as directing many major school plays, including Time Rice and Andrew  Lloyd Webber's "Joseph and The Amazing Technicolor Dreamcoat", Peter Shaffer's 'The Royal Hunt of The Sun' and  Alan Parker's 'Bugsy Malone'. The picture below shows a group of Key Stage 3 pupils in a London prep school collaborating on a practical British car industry location exercise in one of Michael's Geography lessons.

One day Michael found out that in 1940, on his birthday, 28 May, after a duel between Winston Churchill and Lord Halifax, the War Cabinet decided to shelve any discussions about long-term policy until it was known whether Great Britain could beat off a German invasion. It was the spur to try his hand at writing plays.

Michael wants to show that what happened in the past was not inevitable, however much books and films tend to give that impression. Because history is written by the victors and is manipulated to serve the interests of politicians, national myths, entertainment moguls and others, many important players are airbrushed out and others unfairly condemned out of hand as later generations remain unaware that they might have had limited choices for action, as well as being constrained by contemporary public opinion and mores.

Some of the latter were convinced they were in the right. For example, Neville Chamberlain believed that history would look kindly on him. Despite revisionist historians trying to rehabilitate his reputation, any politician seen waving 'a piece of paper' would invite derision even 82 years after The Munich Agreement. Meanwhile, Lord Halifax is popularly remembered as the man who would have 'given in to Hitler' if he, and not Winston Churchill, had become Prime Minister in 1940. The truth is more nuanced and reflects the terrible danger in which Great Britain found herself after the fall of France.

The word 'education' has two Latin roots: 'educare', meaning 'to train or to mould', and 'educere', meaning 'to draw or lead out'.  Michael wants to bring history alive in an enjoyable and accessible way, and hopes that all those who produce and interact with them will look at the past differently.

If you would like to read a copy of any work, or think it might be suitable for your organisation to perform, please leave a message in the contact box below. Your email address will only be used for our reply.